Rammer vs Plate Compactor - Which is better? 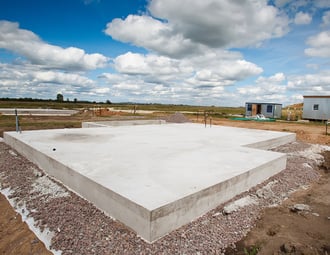 When placing concrete or hardscape, it is critical to have the soil you are going over to be in an acceptable condition for your project. While things like water migration, possible erosion and other factors are very important, the most important aspect of site-prep is compaction! All your efforts at placing a great slab, building a beautiful house, all fall apart if the foundation you are building on fails!

On building sites, there are usually two choices that contractors will use to accomplish soil compaction: 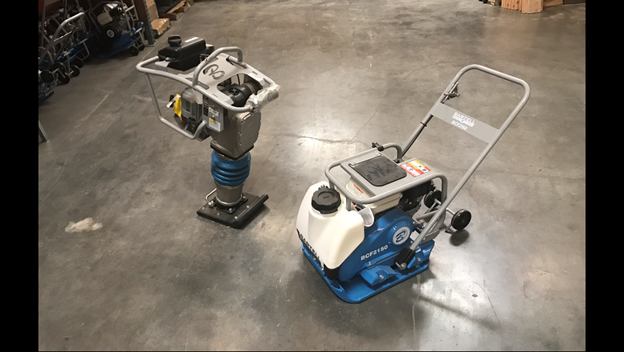 Both these machines basically do the same job: they compact the soil. But each unit has its own advantages and disadvantages, especially when it comes to soil types and project space limitations. Let's look at each in a little more detail.

Soil is the first factor to consider when choosing the right compactor — and to keep things simple — soil types can be grouped into 2 major types... 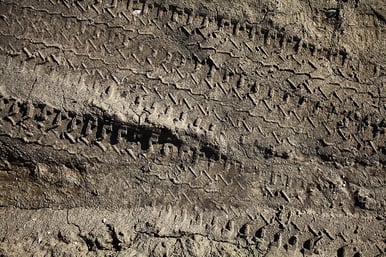 
Cohesive soil is made up mostly of clay, silt, very fine particles that are mostly too small to see. This material is easily molded when moist, holds its shape, and becomes very hard when dried. (Ever have a dirt-clod fight with your brother growing up? You probably could have called it a COHESIVE SOIL fight.) When compacting cohesive soil, a RAMMER works best as its ramming action removes air pockets and locks the soil together. 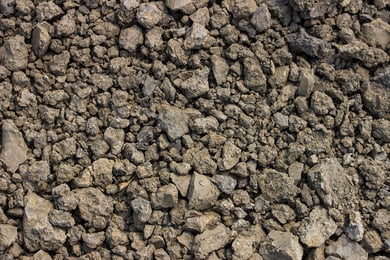 
Granular soil consists of visible chunks of rock, pebbles, sand as well as finer particles. Unlike cohesive soil, granular soil does not hold together when compressed and easily falls apart when agitated. But it really compacts well! For this type of soil, a PLATE COMPACTOR is best because it works so well at shifting the different-sized grains into a stable, locked, compacted state. In almost all cases you would NOT want to use a Rammer on granular soil, as the vertical compaction force will not compact it properly. Instead it tends to displace the soil to either side, drilling down instead of compacting.

The terrain of the area to be compacted is another important consideration.

WHAT TO CHOOSE?
RAMMER or COMPACTION PLATE?

The reality is this, there usually is no best “one or the other” choice of equipment when it comes to compaction.  As a professional contractor, it would be best to invest in BOTH Rammers and Plate Compactors in order to be well equipped to tackle the various types of compaction projects/needs you will have on your job sites.

Think about it like this... If I was trying to decide if I should have a Phillips head screwdriver OR a Robertson head screwdriver in my toolbox, the right answer is obvious... you will need BOTH! The same applies to your compaction tools... Both are essential for the professional contractor.